One of the bigger stories in the NFL these last couple of seasons has been the controversy over the Washington team’s nickname. While some sportscasters and play-by-play commentators have decided to not utter that nickname during broadcasts, I wonder about a totally separate issue which I think deserves to be discussed. That would be, why do announcers and broadcasters keep referring to Robert Griffin III, the oft-injured and struggling Washington quarterback, as “RG3”? 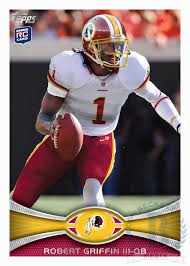 Yes, it’s a completely different issue compared to the team nickname controversy, but my point is this: What has Griffin III done in the NFL to merit a cool nickname? True, he took Washington to the playoffs in his rookie year, but it’s been downhill ever since. A guy whose performance on the field isn’t cutting it doesn’t deserve a nickname, so I wonder if it’s because sportscasters are lazy and don’t want to use the full name that they keep on saying “RG3” constantly.

Oh okay, at least “RG3” are Griffin’s initials…but how do you explain Atlanta Falcons quarterback Matt Ryan still being referred to as “Matty Ice”? Ryan has won only one playoff game in five tries, and I still blame him for that pathetic performance in the 2011-12 playoffs where his Falcons got blown out 24-2 by the Giants, who then went on to beat the New England Patriots in the Super Bowl. (Yup, I like the Patriots.) So, does “Matty Ice” refer to Ryan’s play in clutch games, where he always seems to lose? 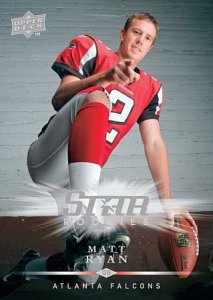 Speaking of Ryan losing big games, why isn’t there more scrutiny on him? It seems like certain quarterbacks don’t get scrutinized enough for their failures, but guys on more high-profile teams get so much abuse from the American national media? (See Jay Cutler of the Bears, Colin Kaepernick of the 49ers, and Tony Romo of the Cowboys, who all seem to be the favorite whipping boys of the media.) Another pivot who doesn’t get scrutinized enough would be Drew Brees of the New Orleans Saints (whom I’m a fan of, by the way), who fell just short (by 48 yards) of an unprecedented fourth straight 5,000-yard season. Sure, his 33 touchdown passes and 17 interceptions were comparable to his TD-INT numbers over the past few years, but his late-game turnovers this year cost the Saints several games, which contributed to the 7-9 season and New Orleans’ failure to win the NFC South. (And I was so sure the Saints were going to win the division especially after they won in Chicago, only to later get eliminated at home by the Falcons. For the interest of full disclosure, the Patriots are my AFC team while the Saints are my NFC team.) And Brees, who turns 36 on January 15, had said prior to the season that he thought he could play another 10 years and was looking forward to another big year in 2014. Had this been Jay Cutler or Tony Romo saying it, you can bet the American national media would have crucified them.

But I guess teams like Atlanta and New Orleans aren’t those high-profile teams that you either love or hate. One of those teams would be the Dallas Cowboys, and it seems so many people hate them, even those in the media. There was one guy on Fox Sports Radio (I won’t mention this loud mouth’s name because I do not wish to give him any further publicity) who was hypocritical last week when he acknowledged Lions defensive tackle Ndamukong Suh’s stepping on Green Bay’s Aaron Rodgers wasn’t a clean play, but he practically was celebrating the fact Suh won the appeal of his one-game suspension, allowing him to play in the Wild Card game against Dallas. This radio guy isn’t even a Detroit fan! He was just going on and on about how Tony Romo had just one playoff win, and he was hardly the only one. There have been so many media guys ripping Romo, which is just amazing because this guy was undrafted. Apparently, if you play for the Cowboys and you’re not winning Super Bowls every year, then you’re a bum. Who cares if you’re sort of an underdog (which is what Romo is for getting to the NFL after not being drafted). Amazing, because I thought Americans rooted for the underdog. Of course, that aforementioned Fox Sports Radio guy predicted the Lions were going to beat the Cowboys something like 34-30 in Dallas, without realizing Lions QB Matthew Stafford was 0-17 in his career on the road against teams over .500. The guy also was rattling off the statistic about how Dallas had won just one playoff game since 1996, but didn’t seem to care that the Lions hadn’t won a single postseason game since 1991. I guess it’s all about teams like Dallas and Chicago being hated, and not caring about the struggles of the Falcons and Saints. Heck, for some reason head coach Marvin Lewis in Cincinnati has been scrutinized for not winning a playoff game with the Bengals (he’s now 0-6 there), while nobody cares enough to scrutinize Lovie Smith for having a terrible year with Tampa Bay after turning down the Lions head coaching job, a gig that would have guaranteed him a competitive season given the fact Stafford and Calvin Johnson lead the way in Detroit. I guess Cincinnati should be happy since it means the Bengals for some reason are relevant in the league!

Speaking of crappy sports talk show hosts—who just seem to be happy and ecstatic when others fail—how about that guy who does standup comedy and also has his own sports talk show? No, I’m not going to say his name either, but he’s a high-profile guy. I haven’t heard him do standup comedy because I’m not interested, but I have to say his sports takes are just…moronic. He’s the same guy who suggests that professional athletes should be unprofessional and fail physicals on purpose so that they don’t have to go to a crappy team that they’ve been traded to! One of his latest takes was about Matt Kemp being on a great team like the Dodgers and then suddenly having to go to a lousy team like the Padres, and in the process giving up the wonderful lifestyle in Los Angeles including going to Laker games. According to this talk show guy, Kemp ought to just fake an injury so that he could fail the physical and not have to go to the Padres!! Like, yeah, not a funny take at all, and I personally find that most of his takes are horrible.

But anyway, since I love sports and want to listen to sports news and discussions/debates, I won’t change the channel. It’s because I love sports, and unlike some of these hosts, I don’t let my dislike or hatred of something take over my life (the way that some of them let their hatred of Tony Romo or the Cowboys cloud their judgement)! And no, I’m not going to refer to certain people as “RG3” or “Matty Ice”!

This entry was posted on January 5, 2015, 5:40 am and is filed under Baseball. You can follow any responses to this entry through RSS 2.0. You can leave a response, or trackback from your own site.