I still believe the Mariners will collapse

I’ve been on TSN1040 Vancouver the last few weeks discussing baseball as an in-studio guest. Every time the Seattle Mariners were brought up as a topic, I kept saying they are going to choke. I said it on air three weeks ago, two weeks ago, and even this week (with last week not having a show).

I am no Angels fan. I am no Mariners fan. I’m no Mariners hater. I don’t like the Angels. But crazy as it sounds, I still believe the Angels, with Mike Trout, could surpass the Mariners. Yes, the deficit is huge for that second wild-card spot. But if people are saying that Trout is always an MVP candidate, well, okay, then prove it by rallying the Angels to the playoffs!

The Mariners’ biggest concerns? Look at their run differential. As of Thursday, their run differential was +1. And since they lost Friday night in extras in Anaheim by a run, that means their run differential now is zero. That’s not a playoff team. Also, the James Paxton factor – once again, he’s on the DL. It’s an annual occurence. I didn’t get a chance to say this on the air, but look at Paxton’s last two good starts – one was against Baltimore and the other was against KC – teams struggling to play .300 baseball this season. And also, the Mariners have now lost 11 of their past 17. Good for them!

The links of the radio shows will be posted later, but I still feel the Mariners will choke.

EDIT: Here are the links. 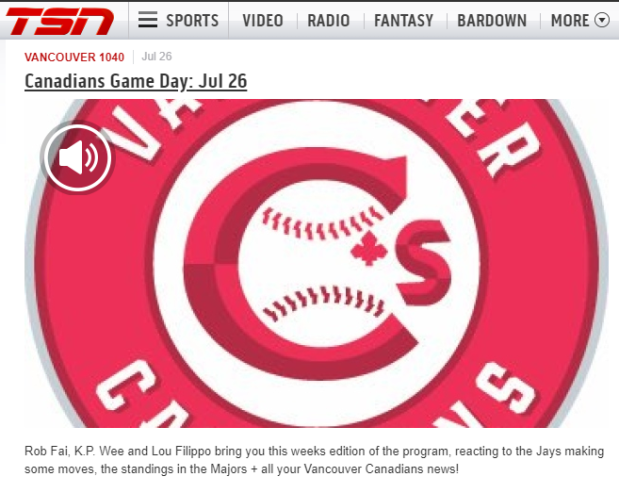 This entry was posted on July 28, 2018, 5:04 pm and is filed under Baseball. You can follow any responses to this entry through RSS 2.0. You can leave a response, or trackback from your own site.